EveryDoctor members vote to continue our legal battle against the government 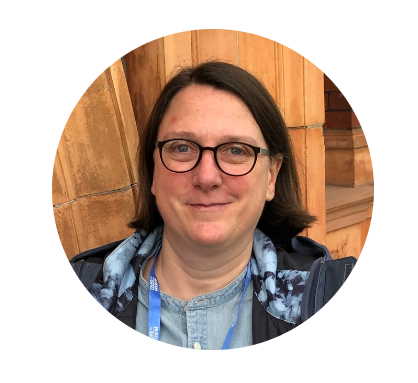 Following January’s judgement, EveryDoctor will appeal the High Court’s ruling on our case against the government over their dodgy PPE contracts.

Last month we celebrated a legal victory - a High Court judge declared that the government’s VIP PPE lane was “unlawful”. The win led to dozens of articles (The BBC, ITV, The Guardian) and marked an important milestone in our campaign to #ProtectNHSworkers; as an official ruling of illegality on some of the dangerous and poor procurement decisions made by the Department of Health and Social Care during the pandemic.

However, following a unanimous democratic vote by our doctor members which ran over five days, alongside extensive discussion, we have decided to head back to court and appeal this judgement.

‍
We started work on this case with Good Law Project back in May 2020. Our trial then began in May 2021 and lasted five days. We marked this moment by lighting up buildings across London and got our #WhatsThePlanMatt? hashtag trending No. 1 across the whole of UK Twitter. Following the government’s shocking lack of regard for the safety of NHS workers, almost 17,000 of us demanded #WhatsThePlanMatt?

As a campaign organisation for doctors working in the NHS, holding the government to account is one of the most important things we can do, and this ruling was momentous. So why are we appealing?

Firstly, it’s a question of the law. We didn’t win every point on this case; for the full details you can download and read the judgement in full by clicking here. While the Judge found that the preferential treatment the companies received was unlawful, she concluded they would have likely been awarded contracts anyway; we (respectfully) disagree.

Furthermore, she found that it was not unlawful for the government to fail to carry out financial due diligence about the companies who made offers to supply vast quantities of PPE (i.e. did they even have the funds to complete the deal?). The judge also found that it was not unlawful for the government to have failed to check that the technical specifications of the PPE offered actually met the NHS’ requirements. Lastly, while the Court noted that the majority of the PPE products provided by Pestfix and Ayanda could not be used in the NHS, the Judge denied our request to publish the total figure of how much government money was wasted in ordering PPE like this; that was either defective, not fit for use or, in some instances, never ended up being distributed to any NHS staff. Given new evidence that has come to light in the last week, this figure seems to have stretched to almost £9 billion pounds at least.

Secondly, it’s a matter of justice. Throughout this pandemic, some politicians have acted like it’s one rule for themselves and another for the rest of us. By ruling that a special ‘VIP lane’ for ministers’ personal friends and contacts was “unlawful” the judge made it clear this behaviour would not be condoned, but there is so much more this government needs to answer for.

For us, this case was about more than dodgy contracts. At its heart this case was about the safety of NHS workers. To date, over 1,500 health and social care workers have died from COVID-19. So many of our colleagues fought on the frontlines with insufficient or out-of-date PPE, others had none at all. We brought these cases to trial to highlight the government’s shocking lack of regard for the wellbeing of NHS workers who put themselves in harm's way to protect the rest of us - and this fight is far from over. So many NHS workers are still waiting to feel safe and supported in their workplaces and we will never rest on these issues.

And last but by no means least, the reason we’ve decided to appeal this High Court ruling is that, at EveryDoctor, our Members are at the heart of everything we do. It was our Members who decided we should pursue these cases with Good Law Project two years ago. It is only with this clear approval by our Members that we’re able to make this decision, and it is their ongoing support and encouragement that will drive forward the next steps of this legal battle. Without our Members, EveryDoctor wouldn’t exist.

If you can please make a one-off donation or join the EveryDoctor community today, so we can continue to fight for NHS staff and hold this government to account.