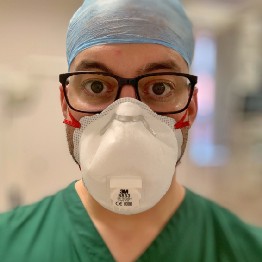 After ten years in 10 Downing Street, the governments of David Cameron, Theresa May, and Boris Johnson have been responsible for an unprecedented decline in the health of our NHS, and with it, the health of our population.

Tragically, even after 150,000 people have died during the pandemic — including 1,500 healthcare workers — those in power seem to have not learned a single lesson from the last ten years of health policy failures. In this piece I make the argument that the new Health and Care bill should be immediately withdrawn and replaced with an NHS reform bill that we actually need. Please read this piece critically, click on all of the links to review the evidence, and join the conversation on Twitter with the hashtag #ScrapNHSbill. I look forward to hearing from you.

A dark history is about to repeat itself. Ten years ago, Health Secretary Andrew Lansley pushed the disastrous Health and Social Care Act through Parliament despite united opposition from all of the Royal Colleges and the British Medical Association. With the first major NHS reform bill in a decade progressing through Parliament this week, it’s time to pause and listen to what health experts have to say, because the last time massive NHS reforms were implemented, the health of the nation suffered beyond any of our worst nightmares.

Medical and health policy experts warned a decade ago that the 2012 Health and Social Care Act was a “damaging … unholy mess”, that it would fragment the NHS, prove to be a massive waste of taxpayer funds, and that it would even make fighting a pandemic more difficult. Public Health experts warned that this legislation — which created Public Health England from its WHO-praised predecessor, the Health Protection Agency — would mean “the public will be less safe at times of outbreak or pandemic” and that “when the next pandemic strikes … expect public health systems to be in disarray.”

But back then, David Cameron’s government dismissed those critiques as “politically poisoned” and arrogantly insisted that they knew better than the entire UK medical, nursing, and allied healthcare communities.

Within two years of the legislation’s adoption, a headline on the front page of the Times read “NHS reforms our worst mistake, Tories admit”. Six years later, then Prime Minister Theresa May would agree “it is too bureaucratic, inhibits joined-up care, and takes money and people away from the front line.” The Times’ investigation found that £5 billion was wasted annually as a result of the legislation, with £50 billion squandered over the course of the decade.

Then Prime Minister David Cameron and Health Secretary Andrew Lansley were warned in 2011 that this legislation was dangerous, that it was ineffective, and that it was wasteful, but they chose to ignore expert advice, in what would become a running theme of their party’s now decade in power.

In the last ten years, the nation’s health has deteriorated like never before. Life expectancy has dropped for the first time in a century, and that was before the pandemic had even begun. Successive governments from David Cameron’s to Boris Johnson’s have been responsible for starving the NHS of necessary funds, eliminating 17,000 hospital beds — including 25% of our mental health beds since 2010, have not done nearly enough to address NHS staffing shortages of 100,000 doctors, nurses, and allied health professionals, and 2 years after promising to fix the broken social care system, this government now has a cruel plan to inadequately fund it on the backs of the working class and we’re still expecting a massive 170,000 social care vacancies by year’s end.

Moreover, Theresa May’s and Boris Johnson’s governments negligently ignored the findings of the Cygnus pandemic planning exercise that predicted so much of what we endured during COVID-19, presided over one of the world’s worst per capita COVID-19 death rates, and after losing 150,000 people — with 1,500 health care workers killed by COVID-19 — Boris Johnson has the temerity to not only delay a COVID-19 inquiry so the results will only be available after the next election, but he’s also only offering my NHS brothers and sisters an insulting pay increase when they deserve so much more. After the trauma and exhaustion experienced during the pandemic, a 3% pay increase does nothing to address a real-terms inflation-adjusted pay cut we have all experienced since 2010, that among some of my colleagues is as shockingly high as 32%.

No one should be surprised when my nursing colleagues, GPs, and junior doctors all go on strike. That’s not a threat, it’s a forecast.

After a decade of NHS policy failures of no funding, no beds, no staff, no social care, no pandemic planning, no accountability, no transparency, and no new salary support for a workforce in crisis, the last thing we need to is to grant our new Health Secretary even greater powers to interfere in the daily operations of our health service and give American corporate interests an even better seat at the NHS table, because that’s exactly what this bill does.

If this Government actually cared about the NHS, Boris Johnson and Sajid Javid would prioritise legislation to solve these other crises, not waste our time making it easier for American companies to profit off the NHS.

A reasonable person would argue that this is the wrong bill at the wrong time.

Last month, the council of the British Medical Association passed a resolution by an overwhelming majority, calling the new legislation the “wrong bill at the wrong time” and asked MPs to vote against it. The BMA’s Dr David Wrigley argued that “the Bill addresses none of the problems the NHS is currently facing — too few resources, too little funding, a crisis in social care and a huge shortage of staff. It does not address the problem of a workforce that is exhausted and depleted by the pandemic and is now facing yet another wave.”

Make no mistake — the NHS needs reform and we are not opposed to systemic changes that are evidence-based, that improve patient care, and that save money, but after a decade of catastrophic government NHS policy failures, we owe it to the 150,000 dead souls including our 1,500 brothers and sisters in healthcare who died during the pandemic, the estimated 70,000 people who will die waiting for social care, and the thousands more who will die waiting for care on a waiting list that could approach 13 million people, to be hypercritical of this legislation and question the policies and motives of the people who have been in charge for the last decade. That’s not partisanship, it’s due diligence.

If NHS reforms include mechanisms to create new hospital beds, new mental health beds, efforts to train and retain NHS staff like expanding medical school places, reinstating nursing bursaries, increasing wages, offering citizenship to us “foreign” doctors and nurses who served our adopted country during the pandemic, to the promised reform of social care such that it is truly integrated into the NHS, to an immediate inquiry into COVID-19, support for the millions suffering from Long Covid, support to help us treat the explosion of potentially 13 million people waiting for treatment, and to put a pandemic plan in place for when the next pandemic strikes, then I’m confident the entire UK healthcare community will enthusiastically support such critical and comprehensive NHS reforms.

Ten years ago the entire health profession warned David Cameron’s government that the 2012 Health and Social Care Act would be a policy failure that would increase bureaucracy, waste money, and make it more difficult to fight a pandemic, yet they ignored the healthcare community and pressed forward with their ideological agenda to open the NHS up for privatisation.

Their arrogance has cost the nation dearly in terms of human life and national treasure over the last 10 years. Those mistakes echoed loudly throughout the pandemic, were responsible for tens of thousands of lives lost, and we’re still dealing with the aftermath of that negligence today.

Reflecting on the experience of the NHS reforms of 2012, the editors of the British Medical Journal, the Health Service Journal, and the Nursing Times, jointly argued that “we must make sure that nothing like this ever happens again.” That time is now.

Please write to your MP and tell them directly: It’s time to scrap this NHS bill and replace it with one we actually need.

Hi! I’m Andrew Meyerson, an A&E doctor—with ADHD — working in a busy NHS Accident & Emergency Department in London. I have written about the NHS in the Guardian, the Independent, the Mirror, and on Medium. I am a proud member of EveryDoctor and the British Medical Association. I am originally from the United States, have friends and family who have had to declare bankruptcy because of extortionate American medical bills, and I am grateful that in my consultations with patients here in A&E, I focus only on the health of my patient and not their ability to pay. Given my knowledge and experience with American privatised healthcare, I believe firmly in the NHS as the fairest and most efficient model of healthcare delivery anywhere in the world, provided we have a government that cares for it. As I’m an immigrant to the United Kingdom, I cannot vote and I am neither a member of the Labour nor Conservative Parties. I support my patients, my colleagues, and policies that do no harm. That is my oath as a doctor.

Photos above of the last four health secretaries—Andrew Lansley, Jeremy Hunt, Matt Hancock, and Sajid Javid — are the work of photographers Chris McAndrew and Richard Townshend, were greyscaled from their original files, and are used via a Creative Commons license.